The conflict in Ukraine is not just a small regional political issue. It’s the biggest crisis in the relations between West and East since the Cold War. The tensions escalated when Russian forces, without any military insignia, invaded (or not, according to some) the Autonomous Republic of Crimea. Within one month, Russia annexed the Crimean Peninsula and created the Crimean Federal District. The whole region presents a complex demographics. Crimea consists of 58% ethnic Russians, 24% Ukrainians, 12% Tatars and 6% of other minorities. The conflict started just days after the victory of people on Maidan (Ukraine’s independence square), while the interim government tried to get things together after the runaway president Victor Yanukovich.

We asked two Hanze University students to share their opinion on the situation. One pro-Ukraine, the other pro-Russia. 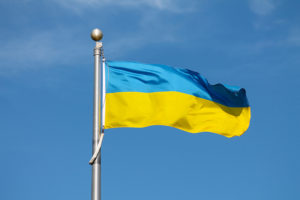 1) The imposed sanctions are a real threat for Russian economy. The average salary in Russia might decrease. Taking into account that promised higher social payments was one of the main reasons for Crimeans to be pro-Russian, the Crimeans will not get what they voted for.

2) Freedom of media. In Russia the media is controlled by the government much more than in Ukraine. Majority of the news issues include propaganda.

3) The ease of doing business. Again, because of sanctions, the foreign direct investment into Russia will decline. Foreign companies will not be willing to invest their money into an isolated country. Moreover, the corruption in Russia is just as high as in Ukraine. However, with Ukraine moving towards EU, there is a chance of getting more control over it. In Russia there is no such chance

4) The long-term view on the Ukrainian economy shows the opportunities of development. With EU simplifying the trading regulations with Ukraine and Ukraine joining NATO, Ukraine can step on the stable pace of development. In several years (at least 5), the standards of living will increase. In addition, Ukrainians are likely to travel more to Europe, if the visa restrictions are simplified. We cannot say that about Russia, as the more severe sanctions might be applied by the EU and US.

5) Separating Crimea from Russia can be the cause for similar events in Eastern part of Ukraine, especially in Kharkov and Donetsk. Crimea scenario can be repeated in these regions, thus causing even more instability in the country and even creating a threat of civil war. This is obviously not good for anyone. 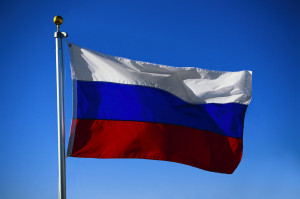 2) New government of Ukraine is not much better than previous. Country is still in deep crisis. Country had not still signed documents about integration with EU. Crimea is lost. Governors in regions are oligarchs and gunmen. It is also obviously not the fault of Russia.

3) Radical parties like Svoboda and Right sector are neo Nazis. Their leaders are calling for war with Russia, for violence to Russians and cancellation for all diplomacy. Imagine such cancellation between two brother countries…

4) Ukrainian army, police and fleet are demoralized. They don’t know who is their true leadership. Formally Yanukovich is still president and according to all international rules there should be organized democratic elections to change power in legal way. What new government did is armed coup. Russian Federation still recognizes Yanukovich as a president (but as Dmitry Medvedev said with ‘’miserable rating’’)

5) Russian forces in Ukraine were always there like contingent of Black Sea Fleet. This agreement was signed with two countries in order for Ukraine to have gas for a really cheap price. There was no sudden military invasion to Crimea. People in Ukraine always knew about Russian troops near the Black Sea Cost.