International students make up a large part of the Groningen student population. Yet, they are not as involved in the local democracy as they could be. City council member Arend Jan Wonink wants to encourage them to have their say. 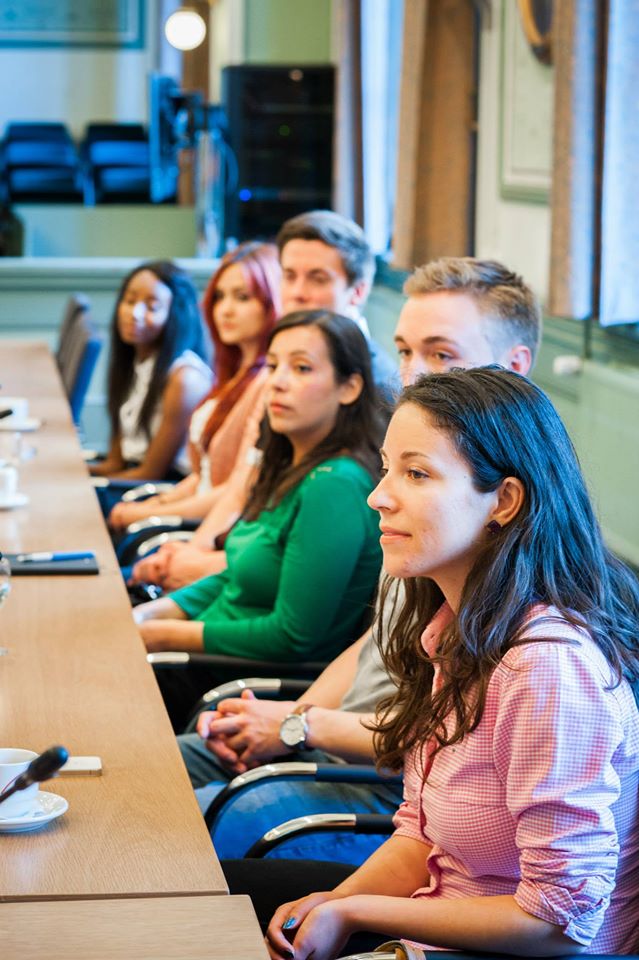 Groningen misses out
Arend Jan thinks the positive experiences of international students can be of marketing value for the city. He also believes internationals look at Groningen with other eyes than locals. ‘Because they are not officially a part of Dutch society, they can be more critical. This can result in fresh ideas.’ Benedikt Wieferig (21), a International Communication student from Germany, also looks at it this way. ‘In Groningen, the number of international students is incredibly high. To have such a large part of the inhabitants of the city miss out on crucial decisions is a big loss because their input can bring new ideas.’

Yet, creating good marketing for the city and acquiring a fresh outlook are not Arend Jan’s only reasons for the conversations. ‘I hope to create awareness among international students. They really can have political influence in Groningen. For example, EU students that live in Groningen have the right to vote during city council elections, but they rarely do so.’ Benedikt would like to cast his vote. ‘However, I think it may not be all too easy, especially for those who don’t speak Dutch, to get the background information needed in order to vote’, he adds.

Building bridges
Sophie Walker (20), a Game Design & Development student from Switzerland, also took part in Start the Conversation. She sees involving international students in local politics as bridge building. ‘We have to make sure that both sides understand what the other side wants, or at least where the other side comes from. This dialog has to be made possible in the first place.’ She thinks it’s a big privilege that non-Dutch EU students are allowed to vote. ‘I was surprised that the city council wanted to talk to foreign students, but that most of them are also allowed to vote is almost unbelievable.’

Unreadable Dutch contracts
Overall the students that participated in Arend Jan’s conversation were very positive about Groningen, yet they saw room for improvement. An important issue that the students pointed out was that the bad organisation of housing. Sophie Walker: ‘An often heard complaint is that a lot of official letters are in Dutch. Internationals often have to sign Dutch documents they do not understand, like lease contracts. Some also miss deadlines to sign up somewhere, because they didn’t get the information in English.’ Arend Jan has striven to realize an English-language information platform on housing for internationals. ‘We have requested the municipality of Groningen to create a separate English website about housing issues. Sadly enough, there wasn’t money for that, but a new English-language webpage on the topic has been created on the municipality’s website.’

Lack of interaction
Another issue is the integration between international students and the Dutch, locals as well as students. ‘On our part, learning the language is something that we can improve on’, says Sophie. ‘Many of my friends have done the beginners course in Dutch, however they don’t speak Dutch properly. Mixing up international and Dutch students would help us to really learn Dutch.’ Law student Alexandra recognizes the lack of interaction between internationals and locals. ‘There are few events that actually give these groups a chance to interact and to learn from each other. The municipality could organize more of these.’

She too sees the challenges for internationals in learning Dutch and adds that this is exactly what makes it hard for internationals to find a job. ‘Even for doing the dishes in a restaurant Dutch fluency is demanded. Yet the beginners course that the university offers for free is not enough to reach a sufficient level and the follow-up courses are too expensive for most students.’

Where are the… Dutch?
Arend Jan plans to continue involving internationals in the local politics of Groningen. ‘Last year’s  meeting was to see how the experiment would turn out. I think we can take it a step further now, for example by inviting more participants and combining the brainstorm session with a workshop.’ This year’s meeting will most probably take place in May as well. Sophie hopes this time Dutch students will also be invited to take part in the initiative. ‘A lot of the issues we discussed last year also apply to Dutch students. When I talked to my Dutch friends about Start the Conversation, they were disappointed that the city council hadn’t invited them to take part in the discussion.’