We were somewhere on the highway, near Karlsruhe, when Thim lost his shit. We were stuck in an endless traffic jam and had been driving for over twelve hours.

When I say we, I mean Thim, since I don’t own a driver’s licence. The tiredness got to him. The realisation he wasn’t able to change a single thing about the situation made him angry. The feeling of exhaustion lunged him into a panic attack. I don’t know what’s scarier: to have a panic attack, or to sit next to somebody having one in a car on the German Autobahn? I’ll get back to that soon.

You down for transporting a five thousand Euro painting to Southern Germany?

I know Thim for the better part of a year. He always proposes ideas that are equally interesting and weird.

‘Alex, you down for transporting a five thousand Euro painting to Southern Germany?’ That’s him on the other end of the phone, last Saturday.

‘Well, I got this job and my boss wants me to take somebody for helping out, are you in?’

‘We leave tomorrow at nine in the morning’, he says enthusiastically.

‘Hell, like I got anything better to do’, I answer, ignoring the fact I have to study for the upcoming test this Tuesday. So without much second thought, I meet him at Europapark station the next morning.

On our way to Ulm the trip reminds me why it’s so great to travel: the landscape changes from flat to sloping, trees grow on mountain ranges, heavy German industry erupting mightily from the spacious country side. Even the field of windmills synchronising their turning wicks for an instant seems magical. New impressions. Another part of the world uncovered. After six hours and a half of effortless driving, we arrive at the house of the architect who bought the painting. Unload, drill a hole in the wall, hang the painting, a warm handshake and we’re on our way back. Not so effortless this time however.

Why did he take that goddamn TomTom out of the car?

The first traffic jam takes about an hour, right outside Ulm. After a bit of cursing, we continue our trip. Thim wants to make up for the lost time, and misses the turn off to Frankfurt while speeding at 170 kilometres an hour. Suddenly we’re off to Basel. 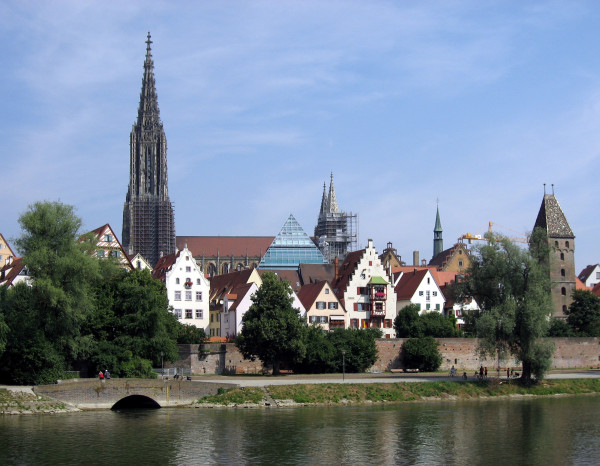 ‘Why did he take that goddamn TomTom out of the car’, Thim curses. We don’t know if we should turn or continue to Basel. It’s about eight in the evening and hours are beginning to count. 700 kilometres to go. Thim drove for almost twelve hours straight. No dinner, limited coffee. When we manage to turn at a junction, we’re about 50 kilometres off route. We plunge right into another traffic jam. After an hour of driving at a footpace, Thim starts hitting his fists on the steering wheel. ‘Damnit! Fuck this shit! Why do I do this? I just want to be home and in bed!’ It’s an ominous outburst after almost two hours of silence.

‘Thim, what’s wrong man?’ I look at him worried. To my surprise, the always optimistic Thim feels homesick.

‘I can’t take it anymore. I’ve been alone for almost a year in the Netherlands. Everyone expects you to be fine, but no one knows the stress and isolation you go through. And now I’m tired, hungry, stuck in traffic 700 fucking kilometres away from home! And when I get to Groningen, I’m still 1500 kilometres from home!’ His face is a grimace. Tears well up in his eyes.

‘I’m just done with everything man… I just want to go back to my parents and feel small.’ The sad thing is, I can relate to him. Studying abroad can be frightening. The loneliness crippling. I know he’s right, not entirely, but close enough. Though I realise that’s not going to get us out of here safely. Hesitantly I start talking.

‘Thim, I feel what you’re saying man, and you are right. And maybe you’re too exhausted to realise, but isn’t that what we do it for? I mean, I left because I wanted to see more of the world, but I ended up seeing more of myself. It’s those lows which we pull ourselves through that define us as strong. It’s the guts to be honest and ask for help when we feel desperate. We only appreciate living in a foreign country so much because we fight for it. Remember how much fun we had at Noorderzon last summer? A week earlier you wanted to go home as well. And look how you’ve grown. It’s almost a year past. You know the city by heart, made new friends and learned to rely on yourself to succeed in all of this. Don’t tell me you want to give up now.’

Let’s get this mother home and celebrate our independent souls

Thim sits in silence. The traffic starts moving slowly. He is not the guy to discuss emotions. Maybe he’s ashamed for his outburst, I can’t tell. His expression of grief slowly fades into the exhausted face I saw earlier. It could be my optimism, but it appears a new calm settled inside his exhaustion. We drive in silence. Contemplating.

After thirty minutes Thim pulls up at a gas station and we have hamburgers. After his second cup of coffee Thim regains himself.

‘Alright, Alex, you smart ass’, he suddenly grins, ‘let’s get this mother home and celebrate our independent souls.’ The grin is slightly sarcastic, but sincere enough to know we’ll make it home safe. You have to give it to him: not a single curse the next six hours, only vivid stories about his childhood adventures. I guess we all have a little breakdown every now and then, I hope we can all handle them like Thim did.