Since Groningen went into lockdown, Tinder has become the only alternative to Copas and Sunny Beach: the place to go when you want to have some fun and meet new ‘friends’. Tinder dating in Groningen: what are the experiences of international students?

‘The day I arrived in Groningen I did not know anyone. So, after twelve hours of sleep to get rid of a huge jetlag, opening a Tinder account seemed an easy way to meet people. This is the reason why it was founded, wasn’t it?’ says Yun, a 21-year-old Marketing student from Korea. ‘One year and a half has passed by since that day. And I have to say that it has been electrifying at the very beginning: I was hooked by that never before felt sense of power and freedom. However, after tens of matches, overstretched and always-the-same conversations I was losing interest in the app. I was about to uninstall it when I swiped right to Dereck. And he did the same with me. Honestly, I don’t remember who broke the ice and started the conversation. And we can’t even check it, since we decided to delete the app once we became a couple. This year, we will spend our first Christmas together. And it all began with just a swipe’. 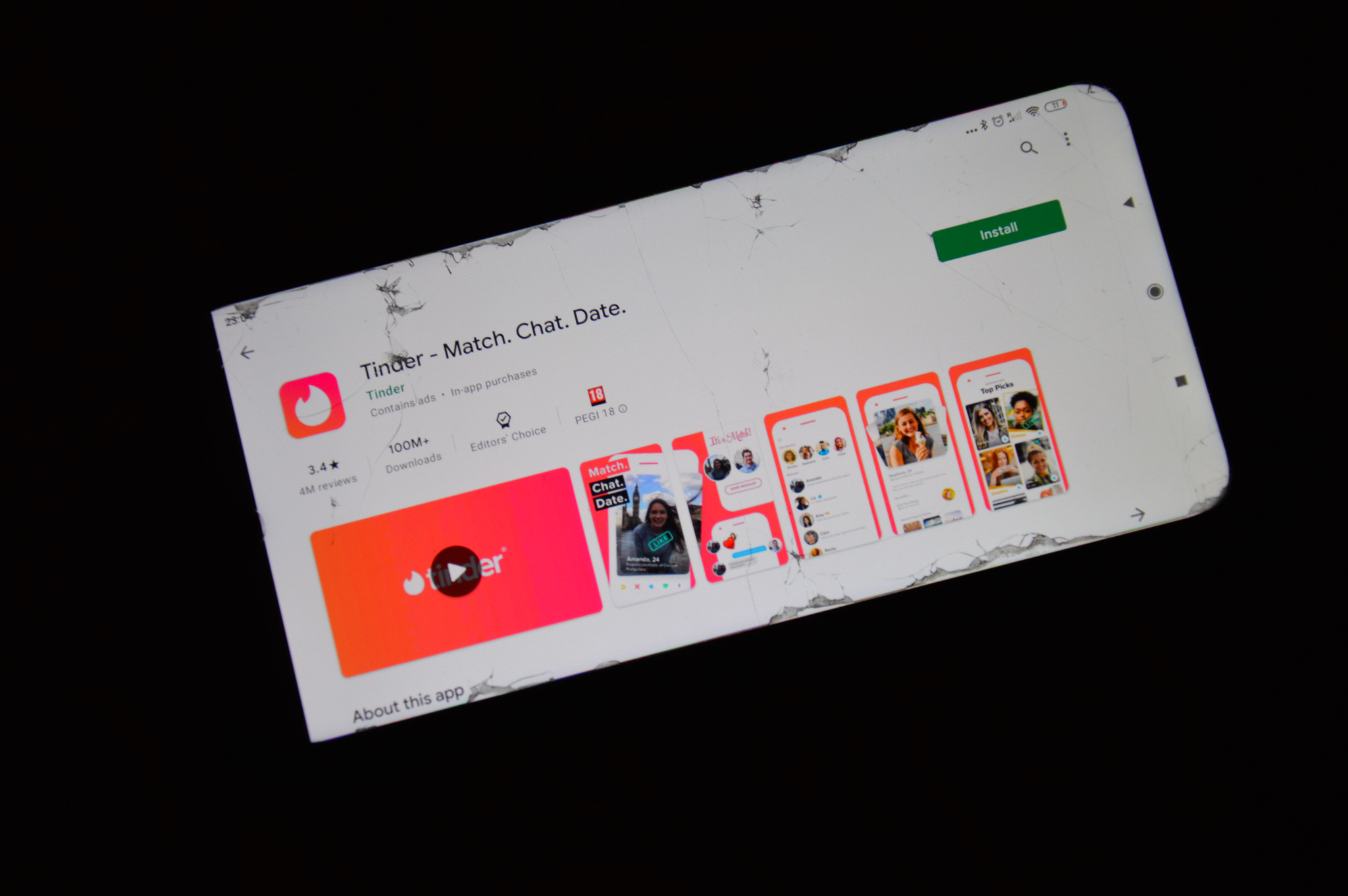 Yun’s story is beautiful, but not everyone is that lucky, and not everyone is looking for a new relationship neither. Some people are just looking for fun. ‘I opened an account this past July when I moved here. And since then, all kinds of things happened. And I have really clear in my mind which was the most remarkable one.’ says Tom, an International Business student. ‘I had been chatting with this girl for some weeks, she seemed really cute from the pics and she actually was. Thus I invited her to have dinner together at my place as it seemed the most natural thing to do next. I cooked two meat steaks, my forte. Everything went smoothly until I opened the door. She had a physical malformation to an arm. On that date, I had to cut the meat for her. I believe it has been the time when I made a fool of myself the most. These are the kinds of things you should not be afraid to show directly, without embarrassment. However, not all my matches led to ‘special’ findings and ‘unforgettable’ meetings. I have also connected with girls who are still really good friends of mine here’.

From the perspective of a girl, many guys are way too direct

So is it all about either finding a relationship or a date, or is there more going on? ‘Couples looking for a trio has been the most remarkable thing I have seen since I installed Tinder. There is nothing bad with it, it is just something breaking Tinder’s monotony,’ says Sam, a 21-years-old student from Germany. ‘From the perspective of a girl, many guys are way too direct. But direct in a rude way, unrespectful, making their intentions absolutely clear from the very beginning. I mean, the aim of Tinder is crystal clear, but I don’t think there is any reason to be badly mannered. This is the aspect of the app I am always disgusted by and that pushes me to uninstall it, as it makes me think they are all fuckboys and I am not really interested in them. Moreover, Groningen is really small, very often you bump into the picture of someone you have already met, or had some kind of contact with. And sometimes it can be really awkward’. 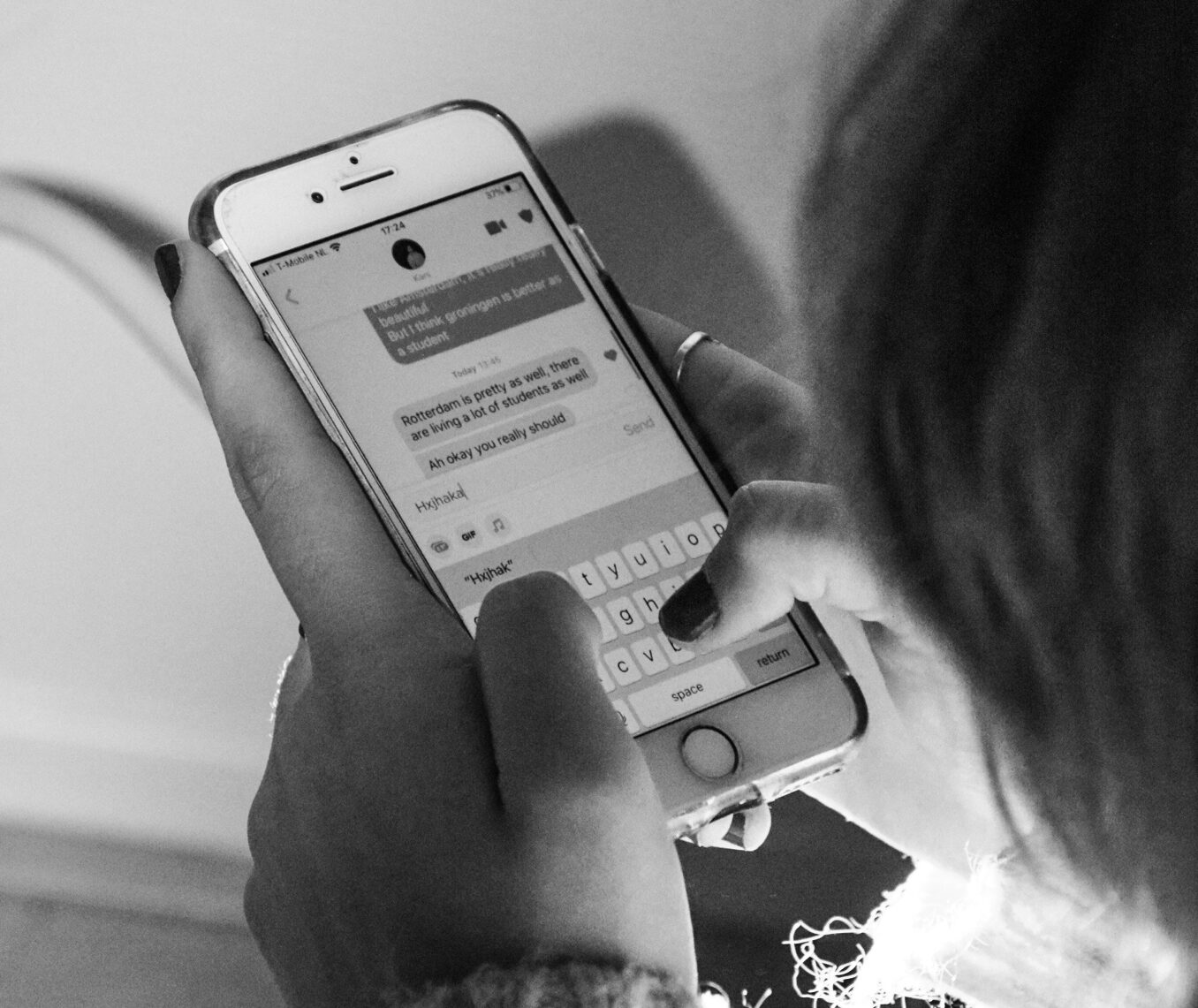 Does Tom ever consider removing the app from his phone as well? ‘Almost nine out of ten conversations  I have are kind of empty, all about where are you from, what you study and some stereotypes. Nothing is really said. Nevertheless, I am not planning to uninstall the app any time soon. It is a great way to meet people, especially if you are studying in a new city. And I do believe something serious can come from a match. Several of my friends met their current girlfriends on Tinder, a few years ago already. Tinder can be many things, it all depends on how you use it.’

Still in my bed, slowly waking up, I used to scroll through the notifications and right-swipe the cute guys

Does Sam ever get bored of Tinder? ‘Oh yes, very often, especially when there are no more interesting new people popping up in the feed and all the conversations I am having are really empty and useless. It’s these moments that make me wonder why I still use it. But usually, I pause it for like two days or until a new notification pops up.’

‘I opened Google Store to download Tinder after breaking up some months ago with my almost-for-two-years boyfriend’ says Chiara, from Romania. ‘The first few days, it was a pleasant source of distraction. Still in my bed, slowly waking up, I used to scroll through the notifications and right-swipe the cute guys. But after six dates I started to get bored of it. I am no longer paying too much attention to it and I do not care anymore for a ‘new match’ notification. I have the feeling that it is always the same routine: I write to them or vice versa, one time out of ten we meet in real life, and then one of us just disappears and unmatches the other. And that’s it’.

I admit the physical appearance weighs heavily on my choice

Asked what makes her swipe right or left, Sam goes: ‘To be honest, maybe I am superficial, but I  swiped right or left purely based on their faces and appearance. If he doesn’t impact me at first sight, it is not for me. But sometimes, I also look at their favorite music and if there is a Spotify playlist on their account. I don’t really care about he bio’s, they tend to be really pushed sometimes. It is basically about the physical aspect, which is totally subjective.’

Tom agrees with Sam. ‘I admit the physical appearance weighs heavily on my choice. However, also the vibes a girl gives me are important. But if I read she is vegan or communist, I already know which way my thumb will swipe… just kidding!’

Chiara wants to share one more thing about Tinder. ‘It is not uncommon to see pictures of people you have met in real life pop up, especially in a small city like Groningen. Usually, they are people you bumped into at ACLO, on the Grote Markt, or even in your classroom. And every time it is weird, it is a mixture of Aaah, I knew that and LOL, you are here. And it is even more hilarious when they write in their bio If I know you from school, don’t swipe right on me. Thanks!’

END_OF_DOCUMENT_TOKEN_TO_BE_REPLACED 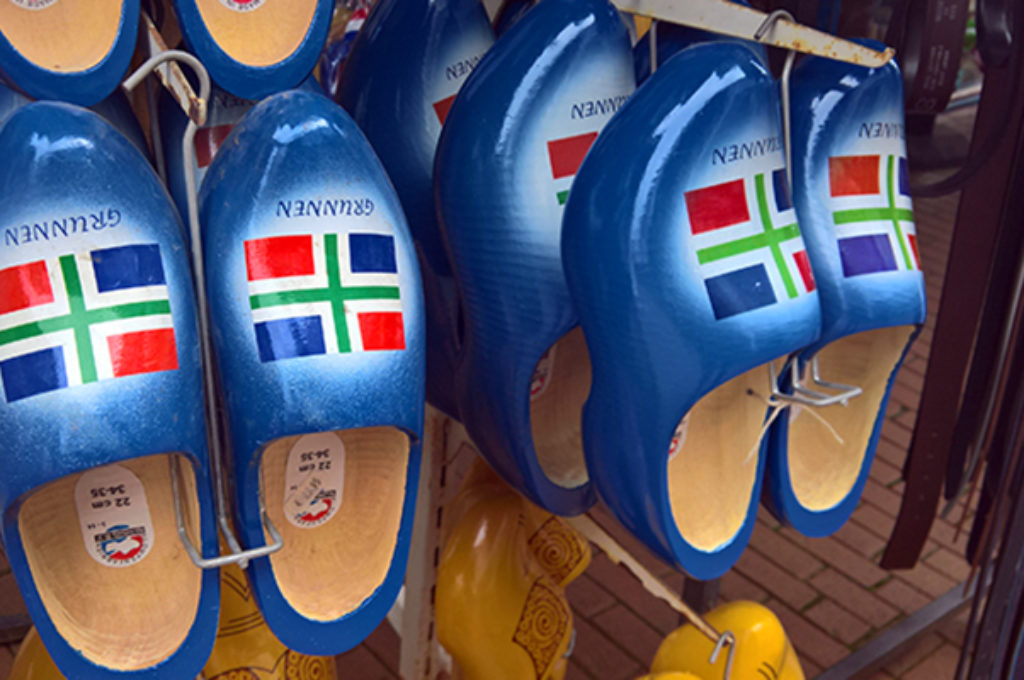 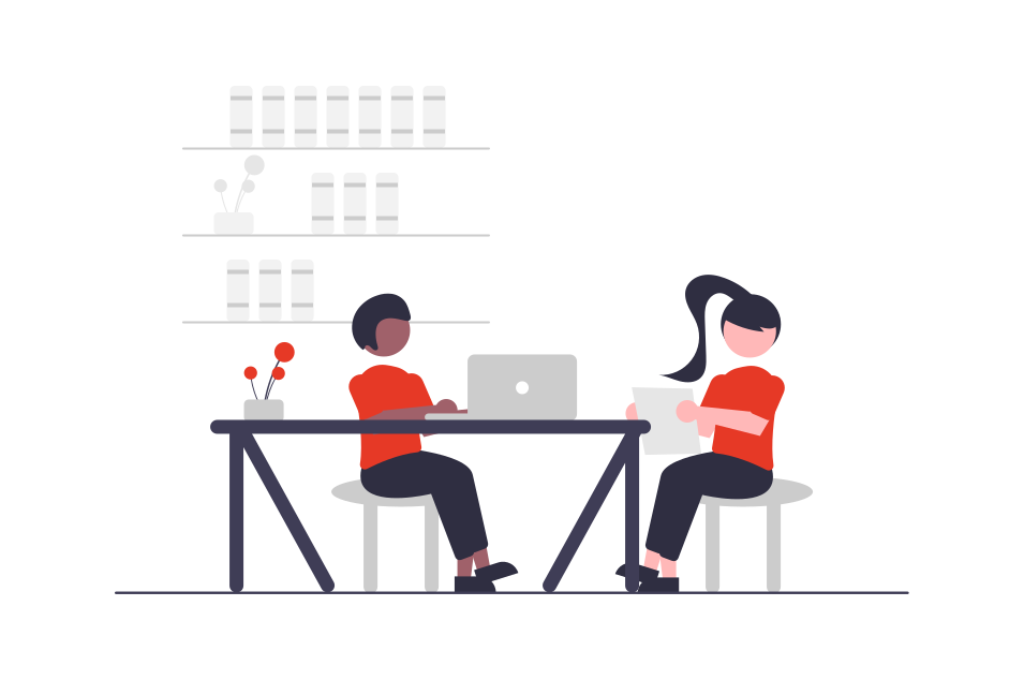 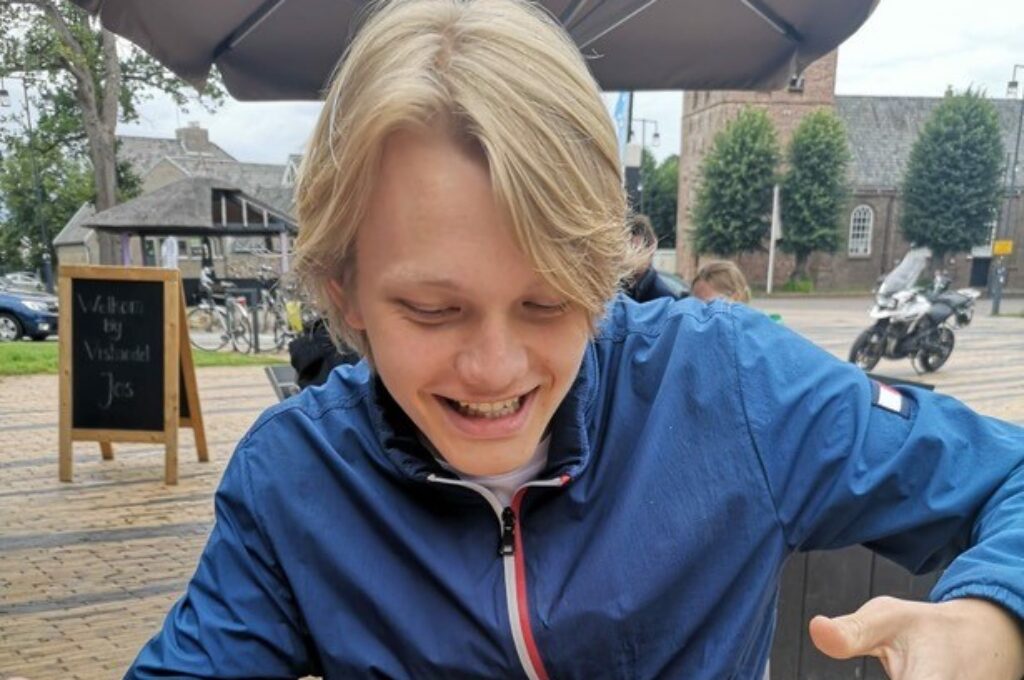 Five students from different studies share their thoughts on students they never met. ‘A smart nerd with a great memory’ … 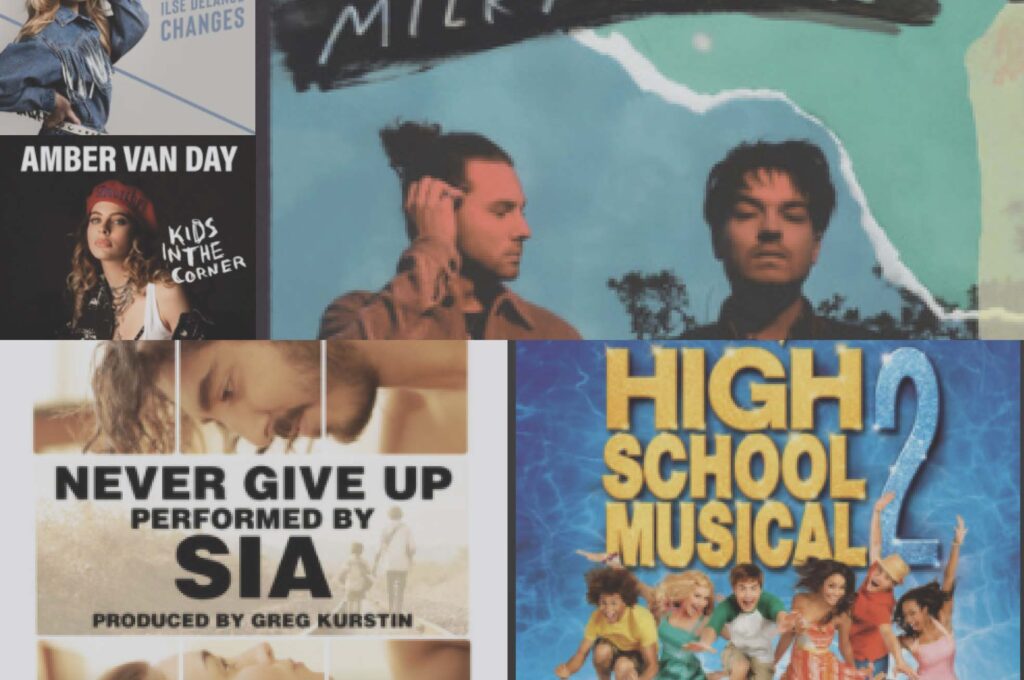