Psychologist Arne van den Bos (44) knows which students are taking which drugs in Groningen. The researcher from the Professorship of Addiction Science also has some insight into their motives.

‘This is a review article on five years of research. It’s ready for review by an international journal. They’ll be assessing whether the article meets their scientific standards and fits in with their journal. So I shouldn’t get ahead of myself here, but I can say something about drug use among students. I’m actually one of the few researchers who can, because there haven’t been many publications on the subject.’

Why not?
‘Students are part of the larger category of young adults. Many researchers don’t think there’s any need to study them as a separate sub-group. I do, and I’ve been researching them for the past five years. I’ve been painstakingly collecting data in collaboration with Breuer Intraval, a renowned research agency. Everything depends on the quality of your sample, which has to be representative of the entire group. We’ve found a way to make sure we always get representative samples. The students who administer the surveys visit carefully selected Hanze UAS and university buildings at very specific times. Each year, they ask 500 students about their views on drugs and which drugs in Groningen they use.’

So what have been the most striking results so far?
‘First of all, the list of drugs students are using is fairly stable. Alcohol and cannabis are at the top and second spots, respectively. They’re followed – at a great distance – by ecstasy. One in five students reported having used the drug in the year preceding the survey. Next on the list are cocaine and speed. They’re party drugs, just like ecstasy. The same more or less applies to ketamine, which is becoming more popular. Ketamine is a downer, a sedative. The other drugs are uppers, which give the user energy. Partygoers at afterparties are trying to come down a bit and ketamine can help them do that.

So what about magic mushrooms and LSD-like drugs, are they popular among students?
‘Next on the list after Ketamine is 2C-B, a synthetic hallucinogen. So yes, students are using hallucinogenic drugs, but not on any large scale. I’d be very interested to find out whether they’ve been using more of these drugs over the past year. There haven’t been any big parties and students have had to entertain themselves at home, so… I suppose there may well have been an increase.

Still, you shouldn’t expect to see any spectacular increases or sudden spikes in use; substance use trends tend to be gradual. Ecstasy is the only drug that has been becoming increasingly normalised for years now, and it’s still nowhere near as commonly accepted as alcohol or cannabis. Students tend to associate ecstasy with parties and other rare special occasions. They certainly don’t feel it’s normal to use the drug outside of those contexts.’

Do you know why ecstasy is becoming more commonly accepted among students?
‘It’s known as the love drug, and with good reason. People tend to associate ecstasy with partying, intimacy and a sense of connection. They don’t associate it with addicts or problems. Two-thirds of the students who never use the drug believe they could get hold of it easily. In fact, half of them claimed they would be able to get their hands on some ecstasy within a day. These factors all point to growing social acceptance.

The majority of users take drugs responsibly. However, those stories don’t tend to end up in the papers

‘However, things could also go the other way. 4-FA was long touted as an alternative to ecstasy. Then the government banned it. The ban coincided with some negative incidents that made the news. People started having more negative associations with the drug, and its popularity among users plummeted.’

That sounds like a pretty healthy response, right?
‘Absolutely. The majority of users take drugs responsibly. However, those stories don’t tend to end up in the papers. The incidents do make the news, although that’s also not entirely true. The Drug Incident Monitor keeps track of the number of drug users to require medical assistance. People who end up at a first aid station or emergency room, in other words. Well, guess what the numbers are? According to the latest figures from 2019, the total was 5500.’

That sounds like a lot.
‘So what’s causing it? In some cases, people are simply taking pills that are way too strong. In others, they’re combining different drugs. It’s always hard to predict how the brain will respond. It depends on lots of factors; the dosage, the environment you’re in, your mood, what you’ve eaten, what you’re drinking. Water intoxication is another well-known issue’.

Water intoxication?
ecstasy, cocaine and speed raise your blood pressure, heart rate and body temperature. Your body sweats more, which leads to dehydration. That’s why you should drink water when you use them. However, you can’t just keep on drinking. Three, four litres of water an hour is really too much. Especially if you take into account that the recommended amount is one glass of water an hour.’

There are lots of factors to keep in mind.
‘You just can’t take it too lightly. You need to have the time and space to do it safely. Teenagers and young adults still have that time. When they get older, other things become more important and they often just quit using drugs.

They just quit? I thought quitting wasn’t that easy?
‘Drugs are definitely addictive. Still, that doesn’t mean you can’t stop taking them. Most people manage quite well, in fact. The physical craving usually disappears quickly in a matter of days or weeks. The mental dependence is much stronger, and takes more than willpower alone to break. The Professorship of Addiction Science stresses the importance of helping addicts find meaning in their lives. Addicts will have less difficulty kicking the habit if they can find a purpose in life, and discover things that are more important than drugs.

Which types of students are taking drugs, can you tell us anything about that?
‘We know two things for sure. Boys use more than girls, and members use more than non-members.’

Members? Vindicat again?
‘I didn’t say that. We ask respondents whether they’re members of a student association, but we don’t ask them which one. Still, peer pressure is undoubtedly a factor. We all tend to adapt to the people we hang around with. Drugs are an important part of certain subcultures. When you leave that environment, you’ll automatically find a new one to which you’ll also adapt. That’s why it’s so hard to stop drinking. Alcohol is everywhere.’

The same goes for cannabis, right?
‘That’s still much less widespread. There are some common misconceptions about cannabis. For example, it isn’t used more often in the Netherlands than in neighbouring countries. Plenty of Dutch people don’t consider cannabis use as normal. Foreigners tend to believe you can buy it in supermarkets here. That’s obviously not how it works, but that image has made cannabis very popular among international students. Asians are an exception to that rule, by the way: they hardly use any cannabis. Cannabis is especially popular among Spanish and German students.

So is it dangerous?
‘We’re definitely seeing an increase in problematic cannabis use. This group smokes so much cannabis that other meaningful aspects of their lives, such as their studies, work and relationships, fade into the background. Cannabis, like all other drugs, is the subject of much medical debate. As a psychologist, I’d like to add: substance use is bound to become an issue if you’re doing it to avoid facing your problems.’

Would you like to read more about which drugs in Groningen students use, including the drug survey, including figures, experience stories of Groningen students and drugs, interviews with researchers and a dealer, and illustrations and cartoons by Groningen’s best cartoonists and illustrators? Order the booklet DRUGS: Students & drugs in Groningen for free (at least if you are a Hanze student) via this link and we will send you a copy!

Photo: Niels Punter (c) – The people on the photo bare no relation with the content of the article.

END_OF_DOCUMENT_TOKEN_TO_BE_REPLACED 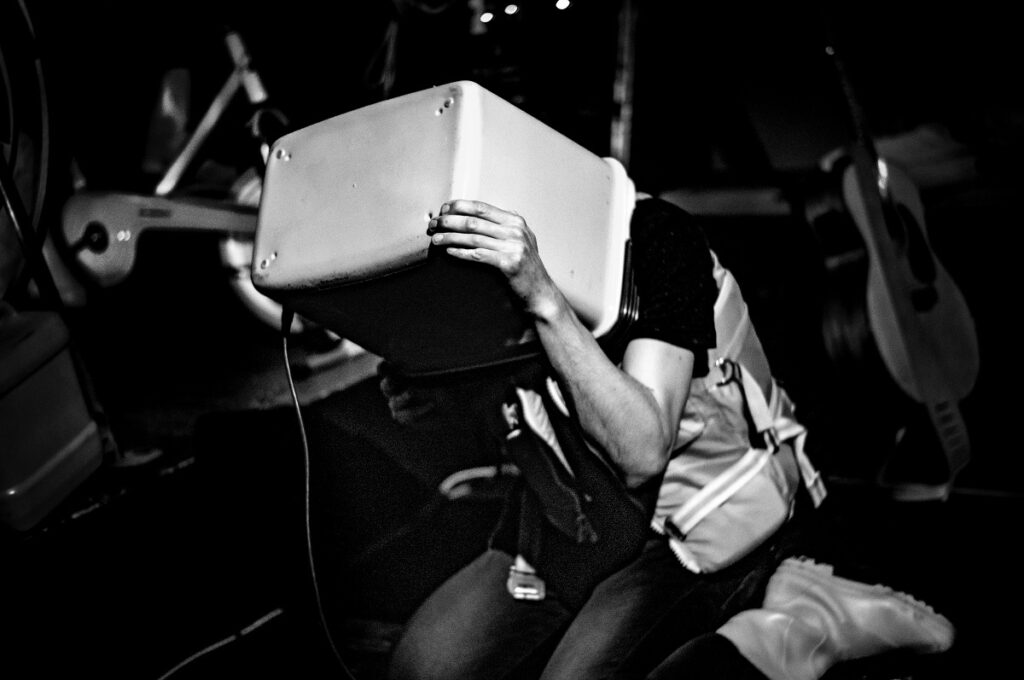 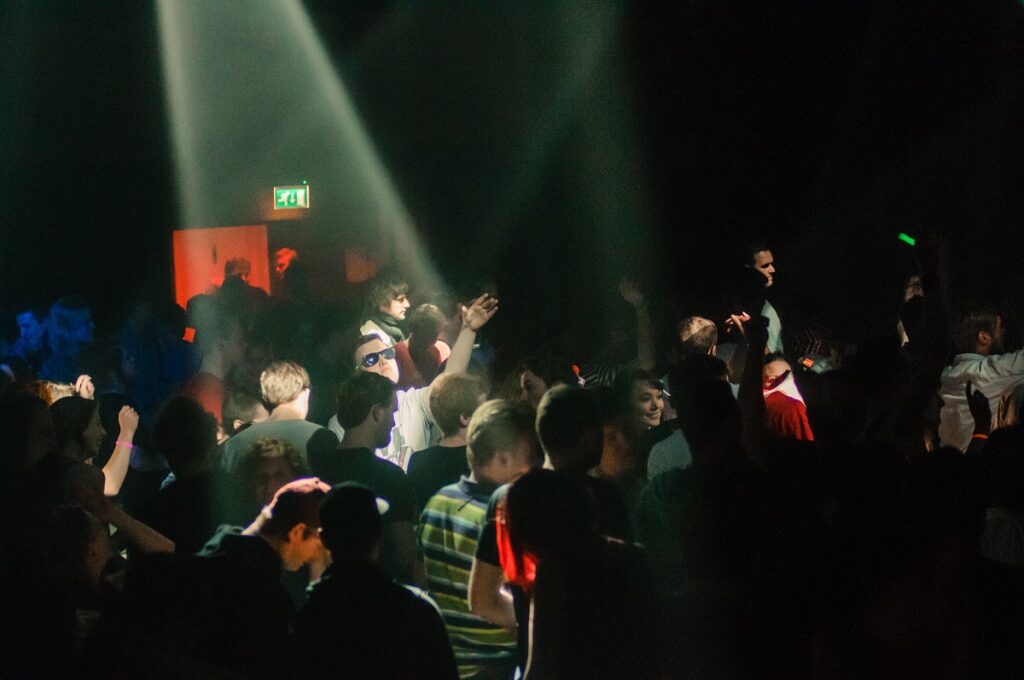 What’s up with the drug use of students in Groningen? How often are they taking drugs? Is their drug use … 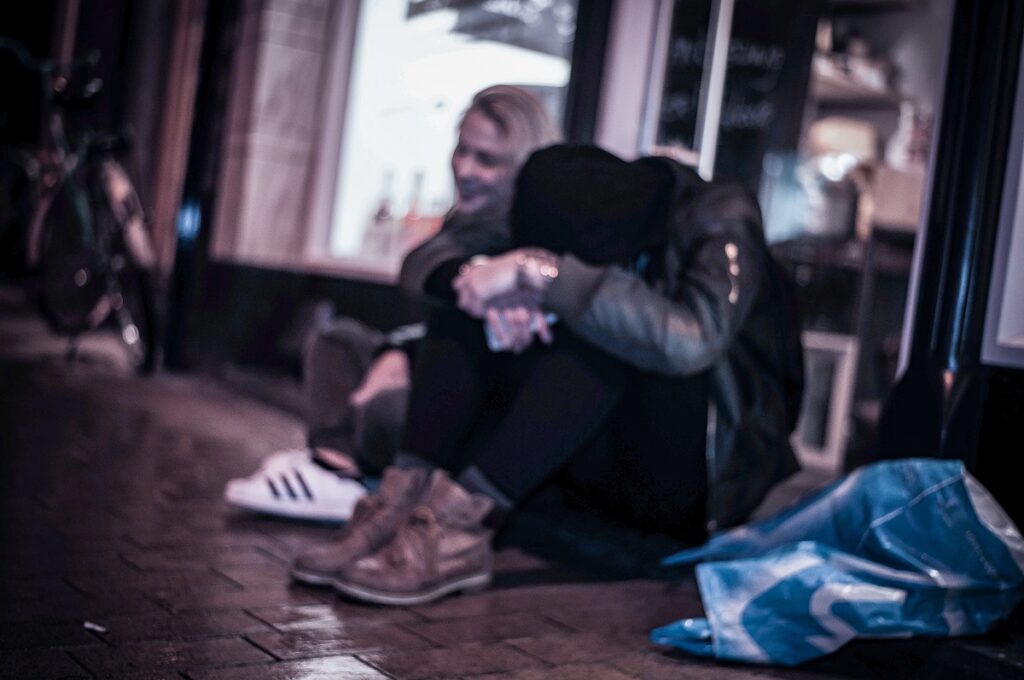 Psychologist Arne van den Bos (44) knows which students are taking which drugs in Groningen. The researcher from the Professorship …

END_OF_DOCUMENT_TOKEN_TO_BE_REPLACED

Hanze UAS doesn’t have many places to buy period products on campus. And why are current vending machines standing in …

Hanze UAS doesn’t have many places to buy period products on campus. And why are current vending machines standing in …