Around 1,400 students from abroad came to study at Hanze University this year. Over a thousand of them showed up at Welcome Day on 30 August. Why did they pick Hanze and Groningen? 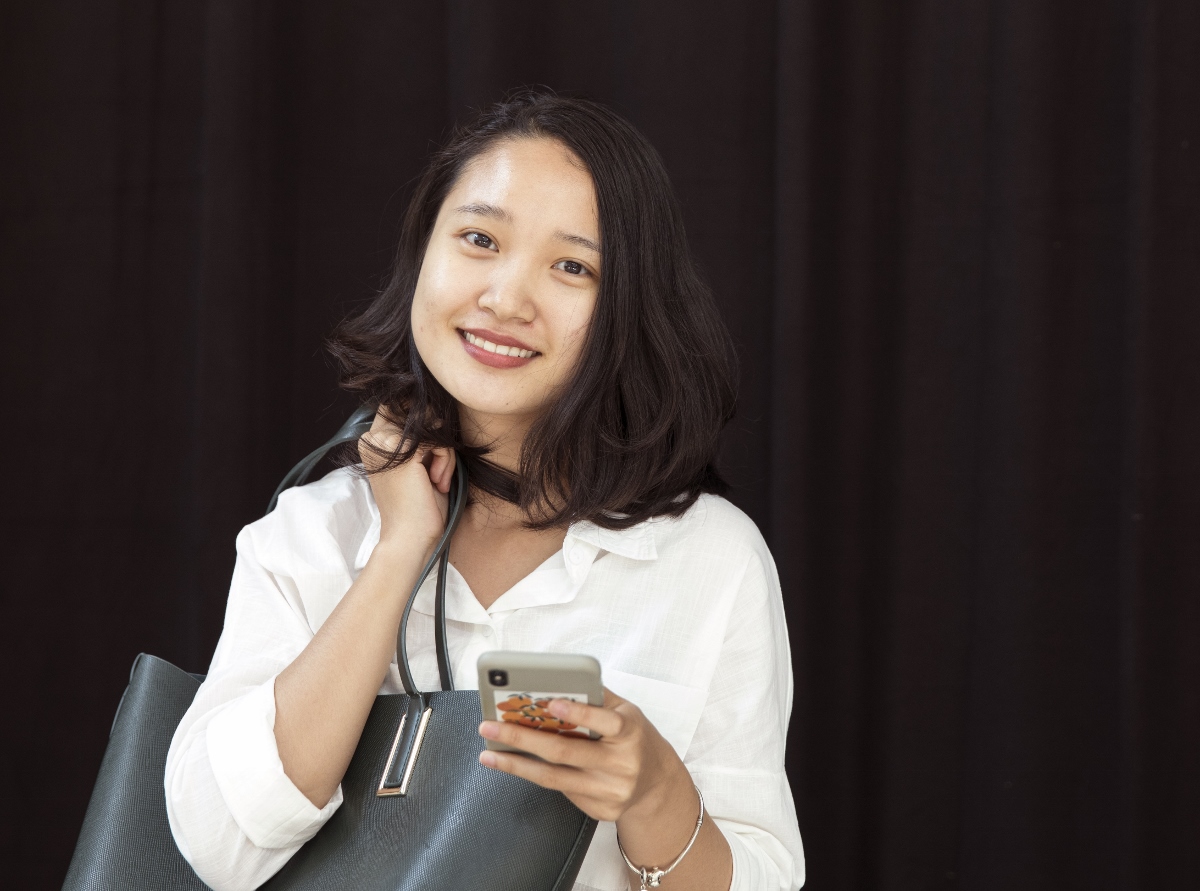 Anh Nguyen (24), Vietnam
‘I love cheese. Really, I visited Zaanse Schans a few days ago where I had a taste of many Dutch cheeses. Yes, I liked every single one of these. That may sound strange, but I’ve become accustomed to Western food in Moscow. So, bread, cheese and green salad, no secrets there for me.
‘In Moscow I earned a bachelor’s degree in International Finance, it took me four years. It was quite an experience and a lot of hard work, but it was fine. Groningen is much smaller, a tranquil atmosphere, that’s even more so in Zuidlaren where I’ve been staying for a week now. Really relaxed, but of course I want to find a room somewhere in the city of Groningen. Housing is very expensive here, in Moscow the rent was, let me convert it… thirty Euros. Over here I have to pay ten times as much.
‘It struck me to see so many boats in the canals. People use them for living. I’ve never seen that before. Not in Moscow and neither in Ho Chi Min City, my home town. In Groningen I’ll follow the masters programme in International Communication. I’m really looking forward to that. No, I won’t feel lonely, I made some friends already. By the way, please call me Anja, that used to be my name in Russia too.’ 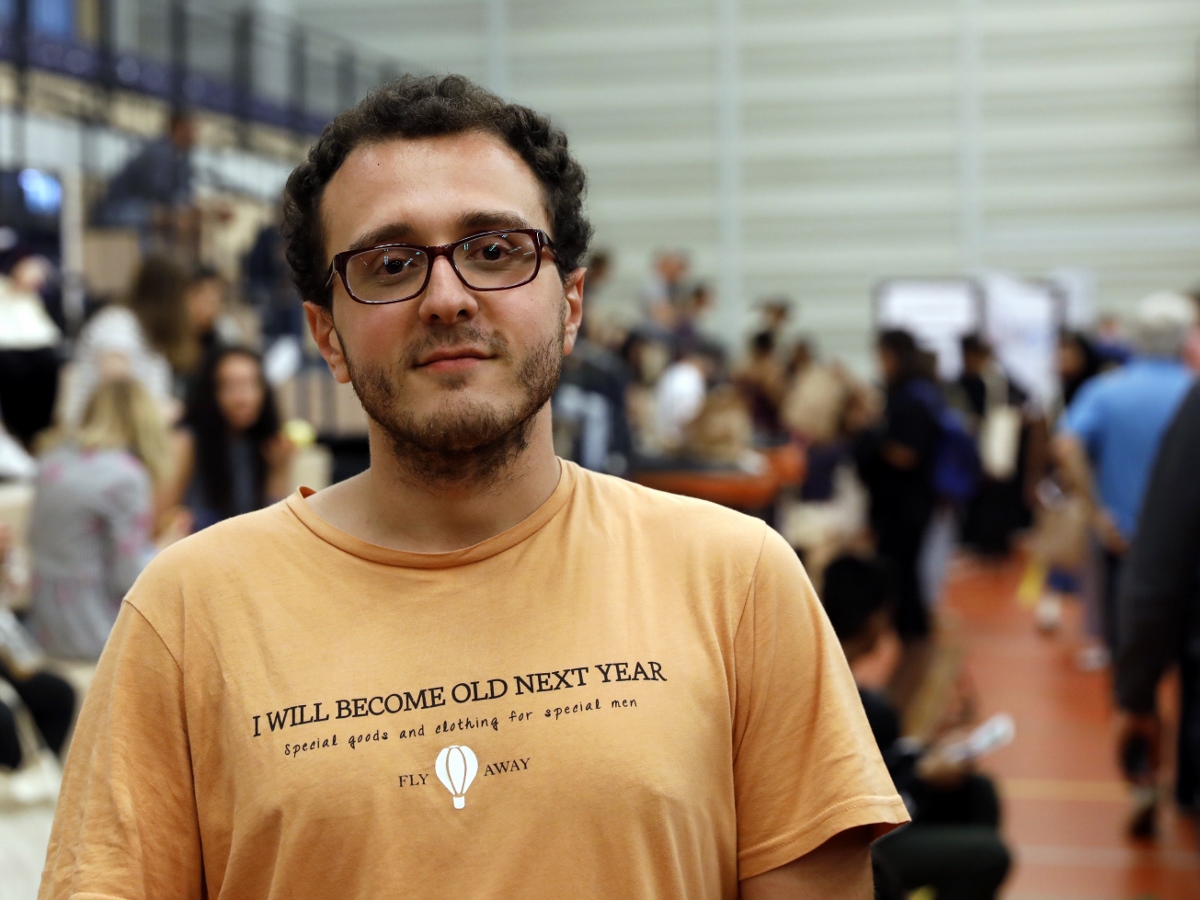 Gabriele Bertossi (24), Italy
‘Jaco Pastorius, Marcus Miller, Stanley Clarke, pfff, these are phenomenal bass players. It’s the likes of them that I want to meet and learn from. The shortest way to encounter great jazz musicians is to come and study in Groningen at the Prince Clause conservatoire. They offer the New York Comes to Groningen programme, and that name says it all. Prince Claus makes it possible to be taught from great musicians from New York. That’s unique.
‘My room at Eelderstraat is only a ten minutes bike ride from the conservatoire. It was big luck, I have a cousin who is from Trieste, she happened to know someone in the Netherlands who she took up contact with. Somehow that resulted for me in a nice place to live.
‘I’m from Cesano Maderno, a town near Monza, well known for the racing track. I studied in Milan at the Civica Scuola di Musica Claudio Abbado, a thorough educational basis, you surely can say that. Now I want to advance my knowledge and skills in jazz. So the Master of Music programme suits me very well. I will grasp any chance to go to New York myself. That would be really great, of course, playing in the club scene where all the great guys play. But I know, the competition is tough.’ 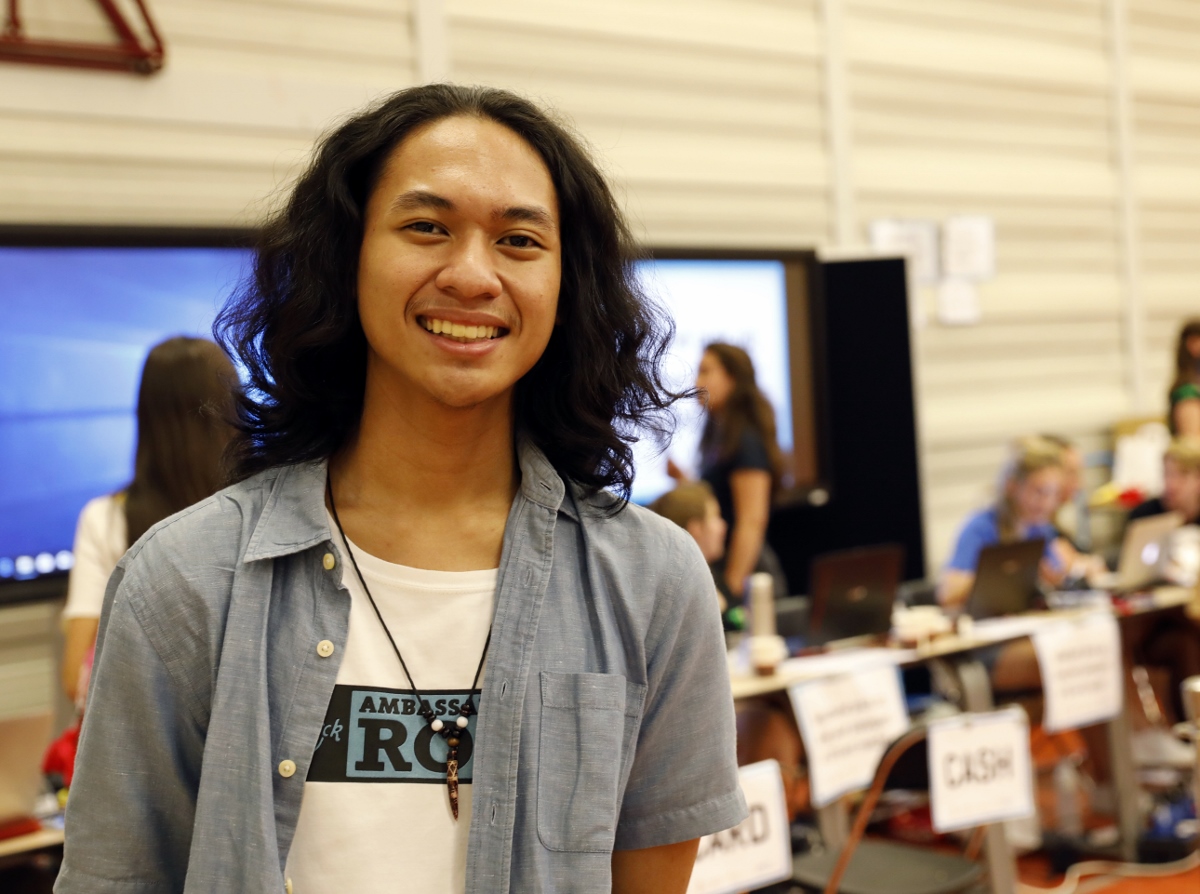 Hanif Abdurrahman Aziz (19), Indonesia
‘Jakarta to Amsterdam sure was a long journey. My aunt, who lives in Almere, brought me to Groningen by car, so except from the ring road through the suburbs I didn’t see anything of the city yet. Only on the Internet, of course. Thanks to Internet I already have a room over here. It is temporary, but a roof over one’s head is nice thing to start a new life with.
‘I play the guitar. You’re right, lots of Indonesian boys do, it’s a very popular instrument. I have taken lessons for years and my teacher thinks I’m good enough for the bachelor’s programme. He studied at the Prince Claus Conservatoire himself, so he recommended me. That’s not something he does very often, so it means he really thinks I have talent. So here I am. I am a little overwhelmed by what’s happening here, so many students. I’m a little tired as well.
‘I think I will learn a lot in Groningen. My teacher told me that Groningen is a real nice city with great musical and cultural venues. I might join a band of course, that would be nice.’ 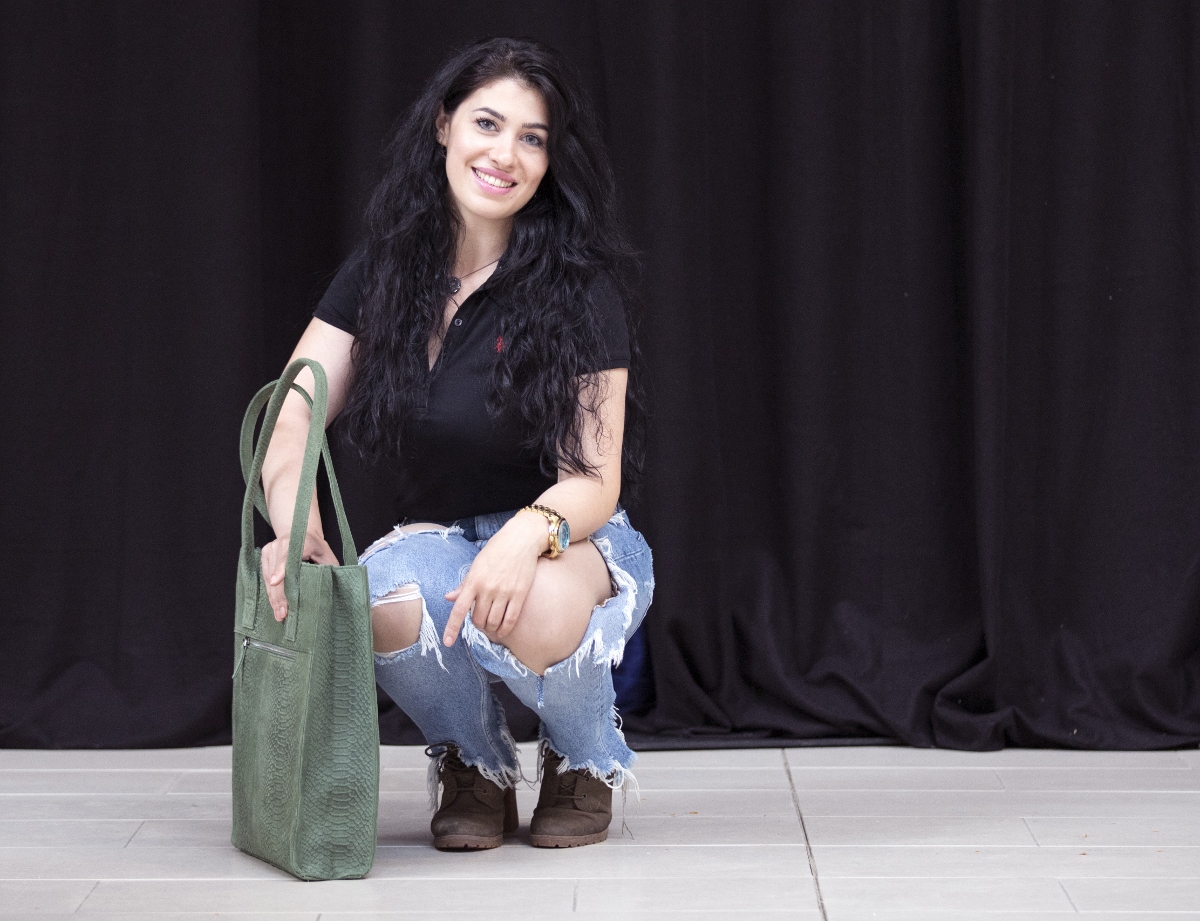 Rania Mori (35), Fryslân
‘I am the youngest of eleven sisters. We’ve spread out all over the world. My parents are Palestinians and so am I, but I was born and bred in Damascus, the capital of Syria. When I was thirteen years of age, my mother died and our family moved to Saudi-Arabia, eventually we came to live in the city of Al Khobar, not far from the border with Bahrein. Over there, there is more openness and freedom. I always longed for that, for me and my children.
‘I married when I was sixteen years of age. Two years late I gave birth to Selma. Of course that was not easy, because I went to university when she was still a baby. I studied English Language & Culture for three years, but I quit after Sally was born, my second daughter.
‘Since 2016 we have been living in Sneek. They speak Dutch and we are completely ingeburgerd. Yes, I do speak Dutch too.
‘Today I’ll start with International Communication. Motivation is everything. I am not the type to sit still and wait. No door is closed, you must give it all you’ve got. One day I’ll have a good job in the Netherlands, I am sure of that.’ 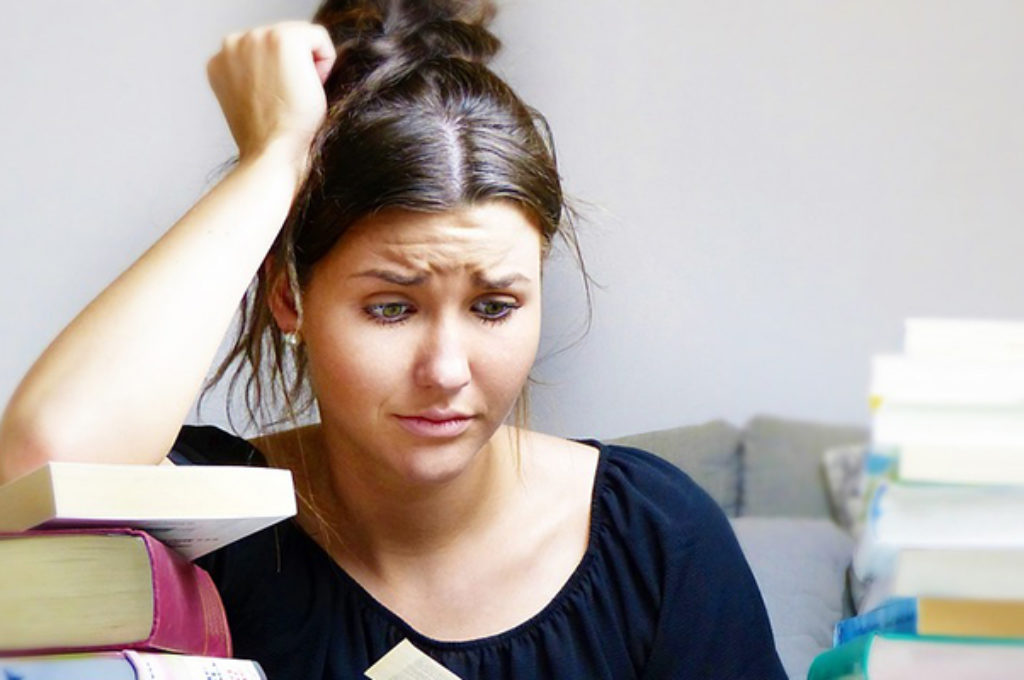 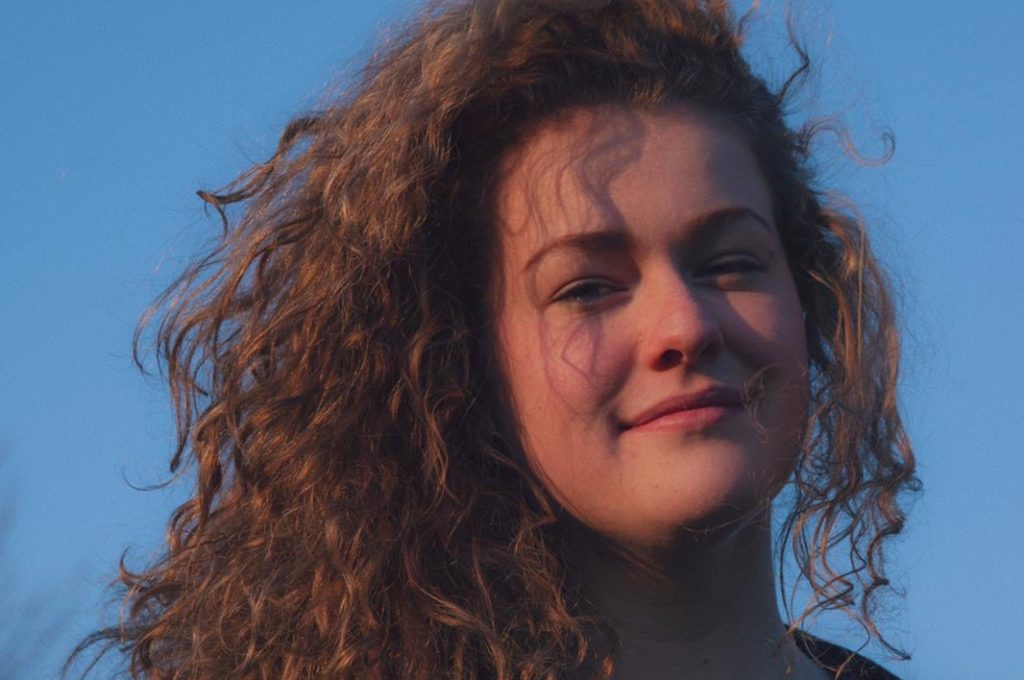 Renée studies Applied Psychology at Hanze and is currently writing her thesis. We asked her what her days look like … 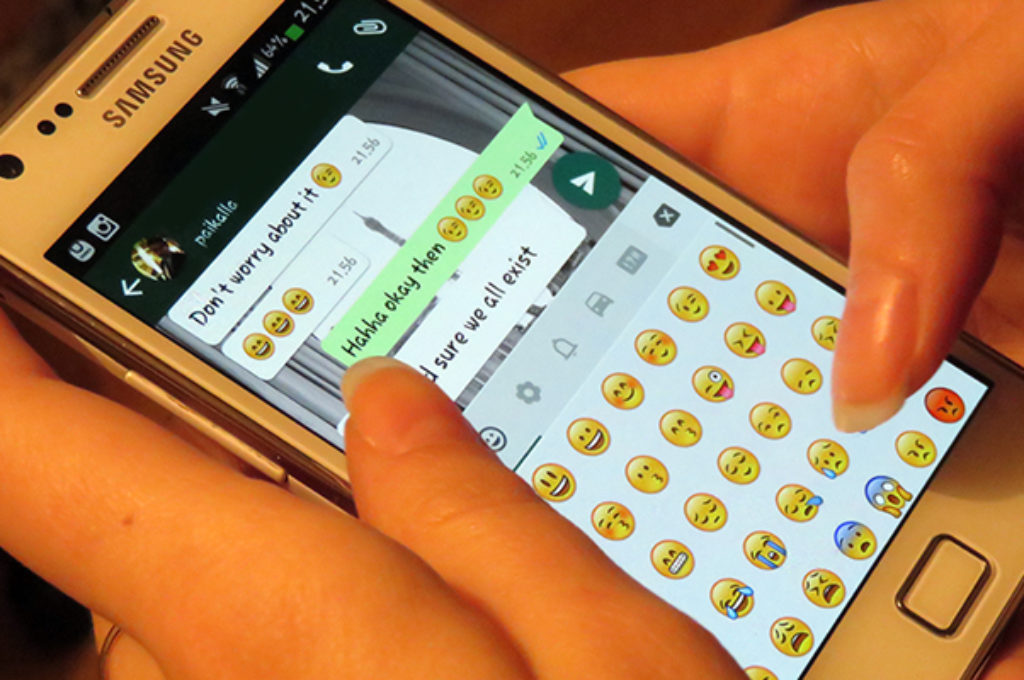 ‘Staying apart is the best way to stay united’ is Coca Cola’s current social distance slogan. One of the ways …

END_OF_DOCUMENT_TOKEN_TO_BE_REPLACED

‘Staying apart is the best way to stay united’ is Coca Cola’s current social distance slogan. One of the ways … 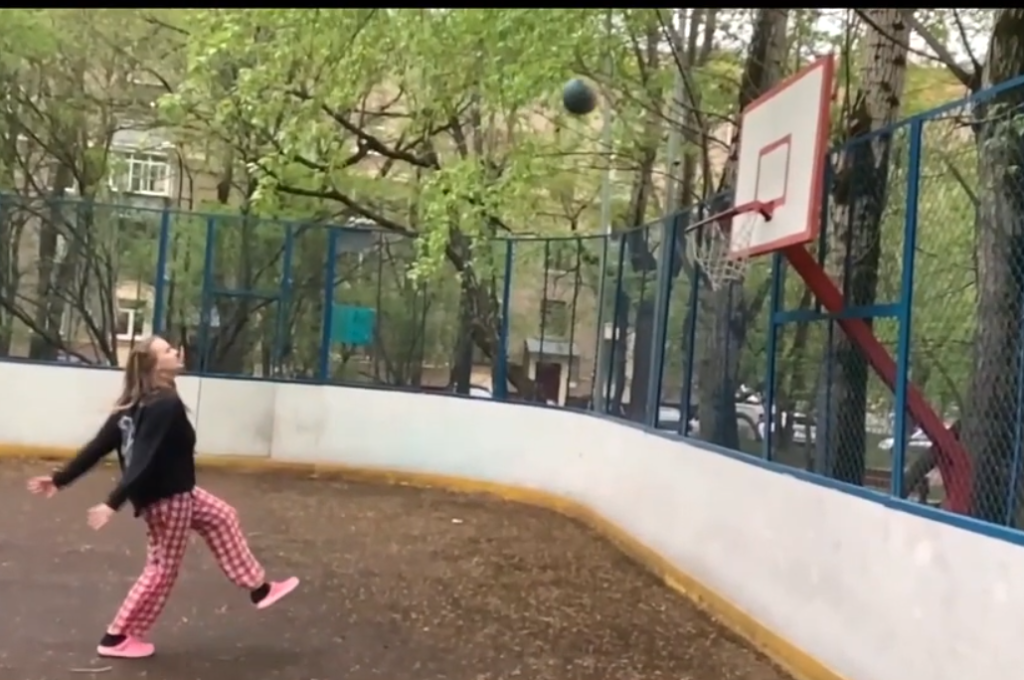 The corona crisis has also hit the international student community in Groningen hard. Many students went back to their home … 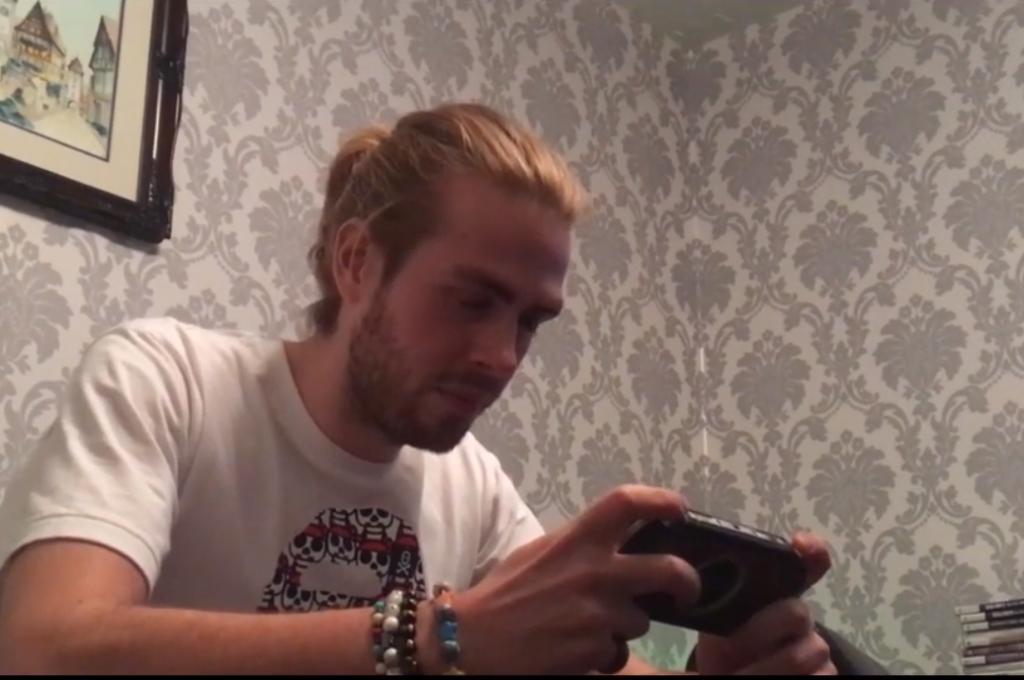 The corona crisis has also hit the international student community in Groningen hard. Many students went back to their home …

Renée studies Applied Psychology at Hanze and is currently writing her thesis. We asked her what her days look like … 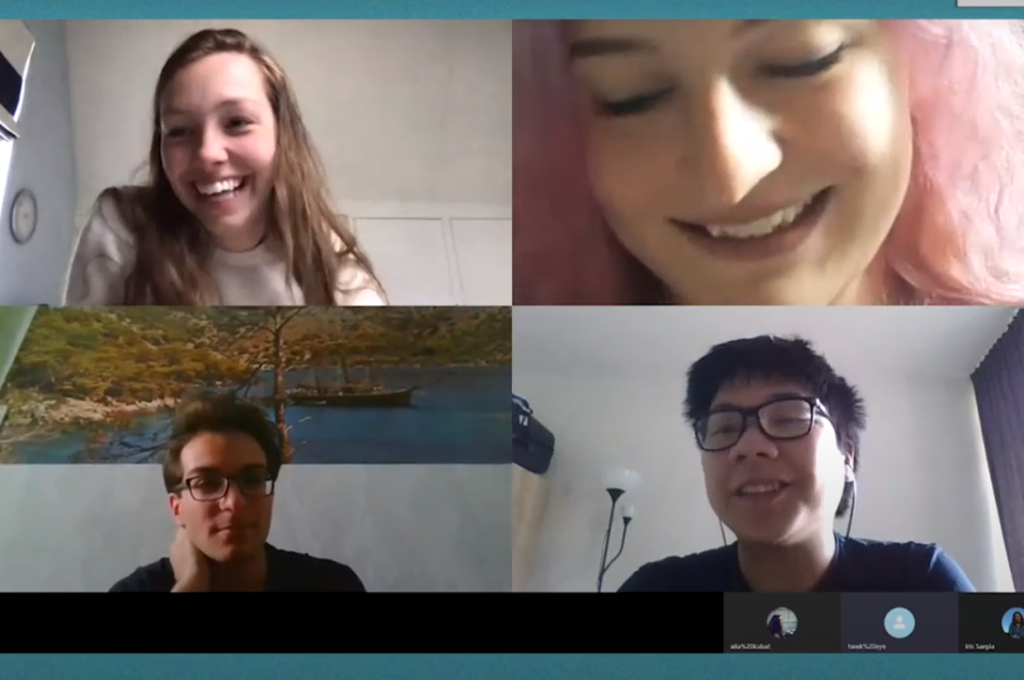