Having patiently waited for the international students to first settle in, The Student Hotel Groningen celebrated their opening at the end of September. Anyone and everyone were welcome to get inspired by music, a talkshow or a TedTalk in bed. 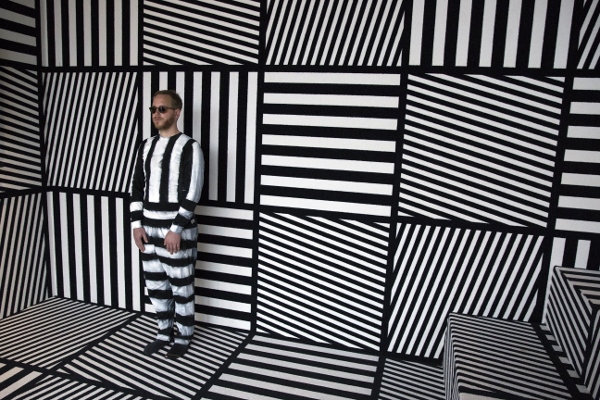 The lobby of the Student Hotel Groningen is slowly filling up on the last Thursday of September. A curious public existing of international students, young Dutch entrepreneurs and middle-aged men and women has come to the luxurious hotel to get a dose of inspiration. They are here for BedTalks, an event organized by The Student Hotel to honour the opening of their newest location. Many different talks will be held in the bedrooms of the hotel, with topics ranging from entrepreneurship and urban agriculture to music, jazz and architecture. Next to the desk where visitors register themselves, there is a group of people waiting for the elevator to take them to their first talk. A girl, clearly staying at the hotel, says this elevator always takes a long time. She advises to use the staircase. 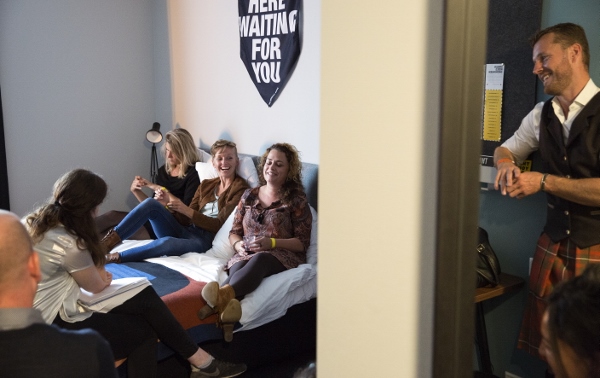 Sharing a bed
The staircase and the narrow, dark corridors that lead up to the hotel rooms are a bit of a labyrinth when you first wander through them. But room number 206, where a talk about social entrepreneurship will take place, is already in eyesight. In the room, a group of around eight visitors has gathered around a bed, some of them in chairs, others on the floor and one on the corner of the bed. The three speakers, Kelly Opheikens, Louet Hollen and Marielle Gebben, are lying on the middle of the bed. ‘I’ve  never shared a bed with two women before’, one of them jokes. Opheikens and Hollen haven’t met Gebben before, so the speakers start by introducing themselves and talking about their motives. Opheikens and Louet are the founders of De Pijp Groningen, that offers flexible workspace  for entrepreneurs and organizes events to connect likeminded people. Gebben is a photographer and social entrepreneur who is involved in the organisation of events in Groningen that focus on social innovation, like TedTalks and Let’s Gro. 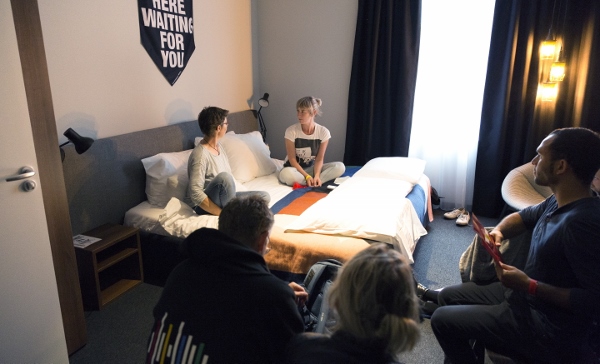 No chemicals in vaginas
The speakers ask the others present why they are here and what they want to know. ‘What is social entrepreneurship for you?’, a girl sitting on a lounge chair in the corner of the room enquires. The answer doesn’t come immediately, but Hollen gives an example of an entrepreneur she really admires: a woman who has created a brand of eco-friendly and safe women’s hygiene products, under the slogan no chemicals in vaginas globally. The boys and men in the room don’t seem uncomfortable: they don’t change colour or twitch. Eventually the group jointly decides that social entrepreneurship could best be described as doing what you love, for profit, but without hurting others or the environment. Short discussions about money, the basic income and nature conservation follow. After a while a girl in a red T-shirt enters the room, places three pairs of red socks on the foot end of the bed and makes an announcement: the time is up. Opheikens, Hollen and Gebben seem to have been able to strike a chord in their audience: before some of the visitors leave, they exchange contact information. Then they scramble off to other rooms where new talks have already started. 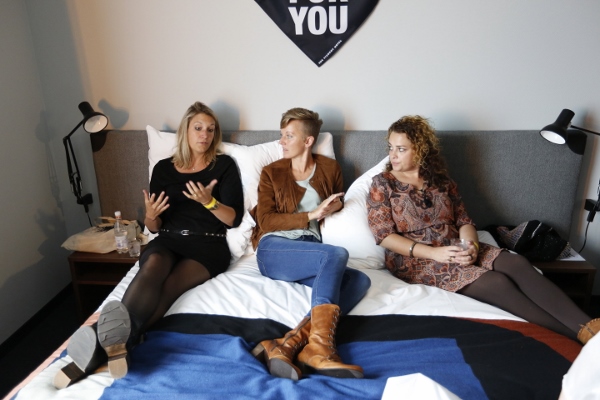 Inspiring positive change
The founder of The Student Hotel, the Scotsman Charlie MacGregor, is also present. In room 207 MacGregor, dressed in a kilt, is busy discussing cultural diversity in the Netherlands. His bed mate is Valentina Gianera, an Italian student who is active at the interview platform of the University of Amsterdam. The first edition of BedTalks was held in Amsterdam in March of this year. ‘That was a success, so we decided to do this for every opening of a new hotel’, says The Student Hotel employee Jennifer van der Kwast. With the event, the hotel hopes to inspire positive change and provide a space where everyone feels welcome. ‘The bed-ins held by Yoko Ono and John Lennon to protest against the Vietnam war are a really good example of using a hotel bed to inspire change. Since we already have TedTalk booths in all our hotels, we decided to mash this concept up with Bed-ins and came up with BedTalks’, Van der Kwast explains. The Student Hotel describes the event as a celebration of student spirit. To Van der Kwast this means to constantly strive for new experiences and new adventures and always stay open to learning. 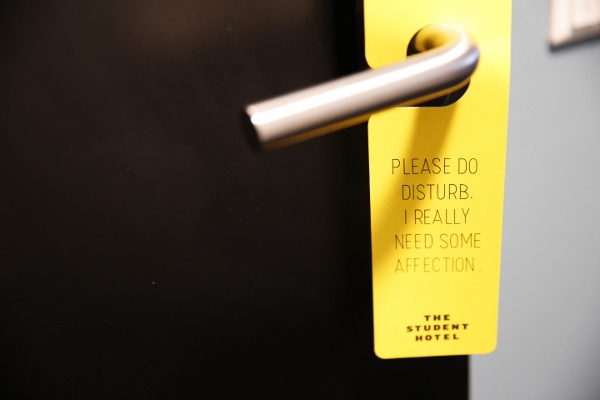 Curious container rebels
With the second round of talks well on their way, the ground floor of the hotel is reasonably calm. In the library, there are preparations going on for a talk show about the cultural scene in Groningen. Other than that, only the smell of paella wafting around and the sounds of a jazz band playing in the lobby reveal that this Thursday is not a regular day at the Student Hotel. In a corner of the restaurant  Anna Liefers (27) and  Anika Postma (28) are waiting for their food. As it turns out, they have recently embarked on a new adventure of their own: they are about to open up Rebel Rebel, a hostel made of revived discarded sea containers. ‘We were curious as to how the Student Hotel looked and how they handle things here. So we came to BedTalks in search of some inspiration’, Liefers reveals. The young entrepreneurs attended a talk about what makes a city attractive, why Groningen hasn’t been attractive for a long time and what ‘we’ can do to make it attractive again. ‘In the end, the most important thing about a city is the people that live there, they make it what it is’, Postma argues. Here it seems safe to say that the students make this city what it is. So, as The Student Hotel would say: may the student in you never die.